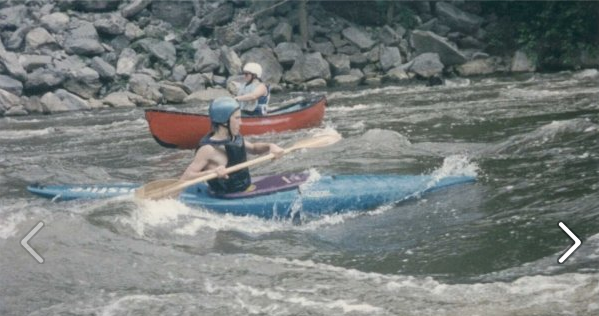 The river has always been a teacher. From the time I first dipped a paddle in the Rappahannock, to a recent paddle on the Shenandoah, the lessons continue.

That old aluminum Grumman taught me a few things about rocks and hydraulics back in the day. When we threw a wee young boy in the boat and flipped it just before the first rapids in Fredericksburg, l learned about that survival instinct that kicks in for a mother protecting her young. I also learned how to use a paddle to avoid a spill. Many teachers, many lessons.

I’ve heard some real whoppers from sitting around a campfire with old decrepit liars, cried a more than a few tears when a fellow paddler took his last breath on the James in the rapids at Hollywood. Gained a life long friend at the funeral. The river has its gifts and its payments. 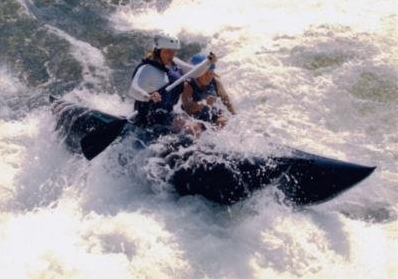 Among the best lessons have been scenes that no land lover observes from an overlook on a parkway. Gorges in the glacier fed rivers of Quebec, skinny dipping in nipple freezing water, and multi-colored meteor showers under a million star lit night are pictures that don’t come on roads with pavement. Lyrical French localisms spoken in tents, farts from fellow chili eaters, and the sounds of well earned snores are the rewards (?) of a trip taken North in black fly season as sleep comes to the weary. So too is the excitement of seeing the fins of whales, spouting spray in the seaway of the St. Lawrence from the deck of a sea kayak as well as the funk of the door opening to a van packed with week old boating gear. Pleasure and pain, blessings and curses.

Belonging to the Coastal Canoeists has taught me trust and respect for the river and its travelers. Had I not followed path of a paddler and an old friend through rapids new to me, I would not have learned so quickly or been so relieved to feel a rope hit my helmet when I took the line less traveled. Women in open boats who have shown such fearlessness in surfing holes on the Ocoee under a bridge in Georgia, and led me through big water using the finesse of a paddle twist and a hip movement to allow the river to take my boat where my muscles couldn’t, are the mentors who have shared their lore over the years. There is a learning in the safety of this crowd, where the group is a collective, a critical mass of knowledge, experience, years of seeing what the river will yield and then retract. 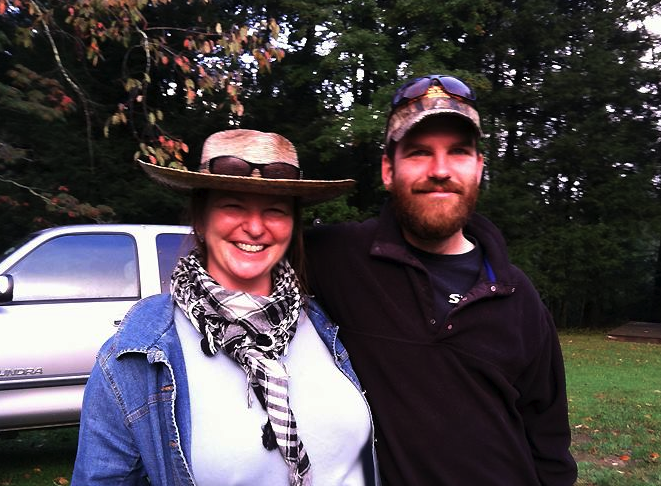 This is the village that has raised my children. A unique assemblage of all manner of humans, young and old, of many occupations and skills, shared on the river, by a fire, and in the backyard of my home. We’ve raised roofs, broken bread and said prayers over sleeping children in rain soaked sleeping bags. Kids have stolen quarters to play pool in a cabin near the Nantahala, eaten lunch watching their parents play in boats, and suffered through enibriated renditions of Puff the Magic Dragonwhile sneaking sips of home-brew. They don’t know how lucky they are… or maybe they do. They certainly drink better beer than we did. 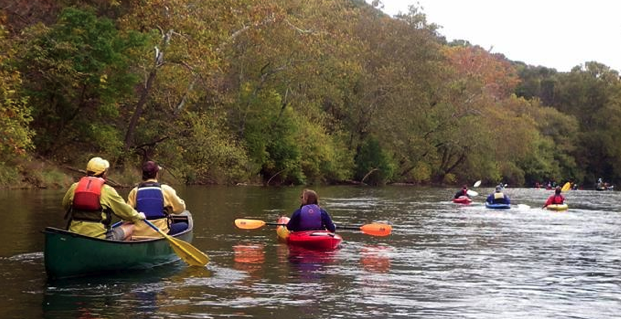 That last trip on the Shenandoah, I was honored to spend the day with a group of young scholars who have traveled the James from the first raindrop in the Appalachians all the way to the Atlantic. Their passion and enthusiasm for its history and biology is engaging. My hope is that they will carry that into the future, preserving our beloved waterways and keeping the old stories alive, improving the wrongs and bringing new energy to an ancient watershed. A vibrant young fellow shared a meal with me, as his father begins that journey of sharing the river with his children. He has no idea how much he has to look forward to… either of them.

The lessons are still there, waiting for the teacher to appear.

• Read about Footprints on the James - a collaborative, experiential learning opportunity that combines faculty from the Biology and History departments and the VCU Outdoor Adventure Program, exposing students to the importance of the James River watershed and to the residents of Virginia in the present, past and future.

Popular posts from this blog 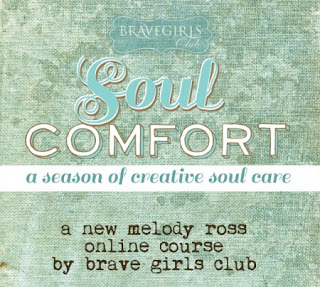 Winner Announcement:  Anita  (you'll need to contact me with your full name and email for me to pass on to Brave Girls.  Thanks everyone for the comments! More to come! To the tired, the exhausted, the overstretched…here’s an invitation… Life can be simple. What if we celebrated the brave act of….taking a break? What if simplicity, comfort, and quiet were the goal? What if there really was a way to quiet the chatter in our minds and let us recharge our body & soul? And what if it was fun, too? Introducing a new eCourse . . . Soul Comfort is a fresh new concept using art and journaling as a means to  relax and comfort yourself  and to get grounded while dealing with the craziness of every-day living. This course if full of  beautiful projects to fuel your creativity  in very  simple and easy  ways that are  meditational and relaxing  ,  beautiful comforting things  that will have your soul infused into them so that you want to keep them forever.
Read more

The Secret to the Journey to Health: Love Yourself 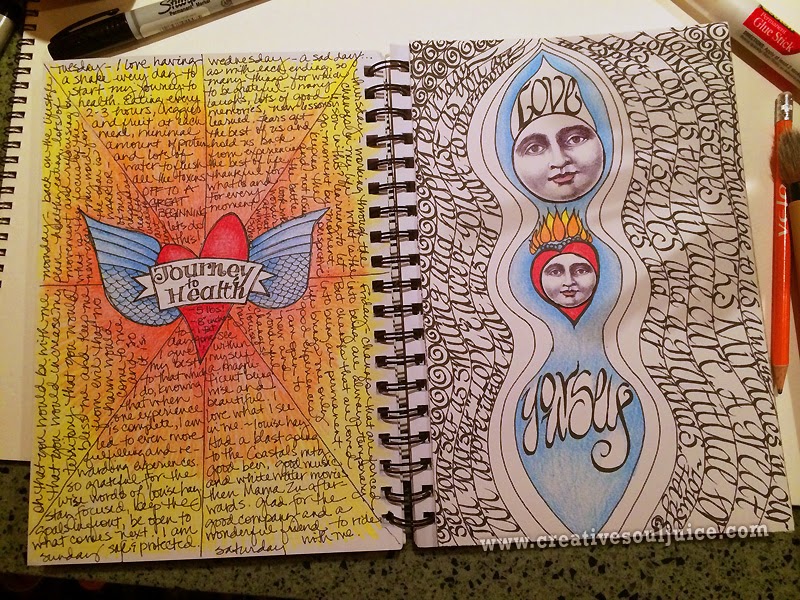 True change comes from a place of love - a love of self. The Secret to the Journey to Health is learning to love ourselves.  Having recently read the amazing book You Can Heal Your Life by Louise Hay, I've found so many things that resonate on this Journey to Health and being a health coach. This latest art journal entry is an illustration about loving myself on this journey to health.  I have long known that the weight is not about the food and the exercise as much as it is about the mindset.  Our self loathing, lack of love for who we are, and our actions are what truly keep us on the continuing cycle to gaining and losing the pounds. We carry our extra weight as a shield of armor, protecting us from facing ourselves, dealing with our issues, and finding peace of mind versus looking at ourselves with lovingkindness and forgiveness.  The simple act of looking in the mirror and saying "I Love You" can be one of the most difficult tasks for someone who is cons
Read more

Celebrations and Wins from the Past Year 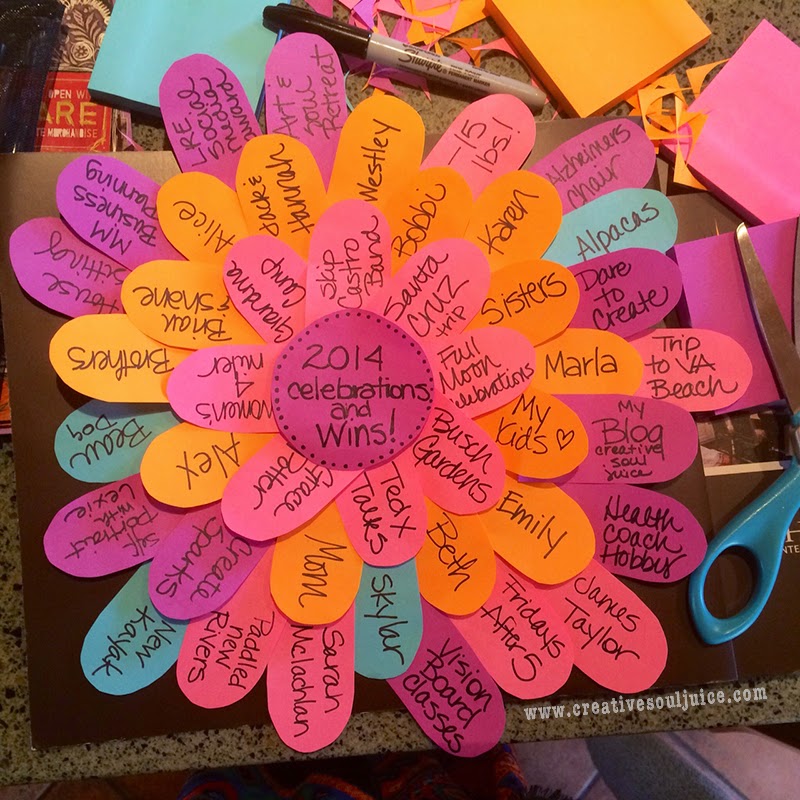 Before I get too far in to the New Year, I make sure I take a look back at the past year and celebrate the accomplishments, the people and remember the events that shaped the past year.  This was an idea I learned from Coach Laura West and Center for Joyful Business. I took a stack of multi-colored sticky notes and cut them into petal shapes, writing an accomplishment, the name of someone who impacted my life, names of those for who I am grateful, and events that I experienced throughout 2014.  This past year was a year of letting go and receiving, dancing to great music, painting & collage, art journaling and travel. I wrote each one, remembering what transpired, how the time was spent, and the feelings and emotions each brought to my life. I also spent a moment in gratitude for each one.  This will become a page in my art journal and lead me into the new year with an appreciation for what has been.  I welcome you to take some time to write down your accomplish
Read more

Creative Soul Juice - Hobby Parent
Artist & Coach - I guide heartfelt, spirited women like you, who want to connect with your innate creativity by helping to open a portal between heart, mind & soul with paint, words, and journey to your internal “wildish nature.” We use Intentional Creativity(tm) as a method, following a number of steps to reveal hidden messages from your feminine soul voice, a connection to your inner wisdom and knowledge. I love how this work creates deep change, allowing you to walk with a renewed sense of yourself and excited about the next stage of your life.